As author Aaron Hwang explains in The Chinese Zodiac: And Other Paths to Luck, Riches & Prosperity, the Lunar New Year is an ideal moment to celebrate a new year, the coming of spring—and the new Zodiac animal that governs the year. In China, the holiday occurs on the new moon closest to the beginning of lìchūn (start of spring) and the start of China’s Solar or Farmer’s Calendar. Traditionally, the celebration lasts for fifteen days, until the Lantern Festival on the next full moon.

While the Lunar New Year and the zodiac are sometimes referred to as Chinese, both are celebrated by numerous cultures around the world. Tibet, Korea, Japan, and Vietnam all celebrate Lunar New Years at almost the exact same time and often incorporate similar traditions, influenced by China’s role as an ancient imperial power. Mongolia’s Lunar New Year, Tsagaan Sar, begins exactly one lunar month earlier, at the first new moon after solstice, whereas many Muslim ethnic groups in Asia celebrate Nowruz on March 21.

The Chinese Zodiac’s story is similar. Although many of its roots trace back to China, it has also spread and evolved in different nations around the world. Identical or similar Zodiacs are observed in Korea, Japan, Vietnam, Cambodia, Thailand, and more places, sometimes with the exact animals modified to better match the local culture.

To honor Lunar New Year, below is an excerpt from The Chinese Zodiac celebrating 2023’s animal—the Rabbit.

The Rabbit’s hours are from five to seven a.m., that misty, crepuscular period when the day gently breaks. A transitional hour, good for dream interpretation, for beginnings, and for lovemaking. It is the liminal time in which the haze of night has not yet solidified, and the day’s shape is still taking form. Associated with Yin Wood, the Rabbit shares the Tiger’s role as a bringer of change. But whereas the Tiger is a forceful agent, the Rabbit is a passive one, open, receiving, and gently inviting new possibilities.

In the West, they say, “March comes in like a lion and goes out like a lamb.” The Zodiac might rephrase it: March comes in Tiger and goes out Rabbit. After the turbulent revolution of the Tiger, the world comes to life, winter is thrown off, and everything is new. It is fresh, raw, and sensitive. Full of a tentative caution, everything is feeling out this brave new world. This is the energy of Rabbit, fourth in the Zodiac.

Rabbits embody the warmth of spring, the gentleness that breeds a prosperous future. They are sensitive and compassionate, a healer and a bringer of life. They can raise gardens, pets, or children with tenderness, and are drawn to any profession where they can care for the sick or vulnerable. The Rabbit is a sexually powerful sign as well, as sex is the seat of life. When they feel safe, Rabbits are desirable and sexually energetic.

Rabbits’ sensitivity and dislike of conflict makes them excellent diplomats, deftly navigating the emotions of the people around them. The intensity of their focus means that while they excel at and enjoy social contact, they are also often exhausted by it. At their happiest when surrounded by people who make them feel safe, Rabbits, more than any other sign, benefit from a safe and loving environment. They have almost limitless potential but sometimes lack the forcefulness to self-advocate in bad situations, preferring to avoid conflict unless truly backed into a corner.

Gifted with powerful nose and ears, Rabbits are defined by their incredible sensitivity. They are well tuned not only to others, but to the entire universe. They have an eye for beauty, fashion, and art, and often find a sense of style comes easily. They pick up on subtleties others struggle to even detect. At its best, this makes them canny, wise, artistic, beautiful, and acutely or even mystically discerning. At its worst, it can make them anxious, overcautious, withdrawn, or bitter, particularly if their unique perception is not understood by those around.

Elusive WATER feeds the Rabbit’s natural tendencies. Intuitive, peaceable, evasive, outwardly placid. Water Rabbits see past appearances and can develop a profound grasp of the spiritual and internal if given the space to do so. They are even more passive than other Rabbits, slipping like water along paths of least resistance, which can at times land them in dark and troubled spaces.

The Rabbit is also a figure associated with queerness. In imperial China, “Rabbit” was derogatory slang for a gay or effeminate man. And in the “Ballad of Mulan,” Mulan’s success at serving as a male soldier is compared to the androgynous rabbit—whose gender cannot be discerned when it is on the run.

Most notable of all is Tu Er Shen, the Rabbit God, a Chinese deity of queer love and sex. Originally a young soldier, he fell in love with a handsome imperial inspector. Because the inspector’s station was hopelessly above the soldier’s, it wasn’t until the inspector caught him peeping that the soldier confessed his affection. Outraged, the inspector had him executed. But a month later, the soldier returned as Tu Er Shen, in the form of a rabbit. He revealed that King Yama, mighty Lord of the Underworld, had ruled his crime a crime of love, and his execution unjust. Although Yama could not restore the soldier’s life, he could make him a deity, appointing him god of same-sex attractions. And so, the locals built a temple to Tu Er Shen and sought his blessing in matters of homosexual love. Originally a god of love between men, his temple in Taiwan now performs marriage ceremonies for gay couples of any gender.

To learn more about the Year of the Rabbit and your personal Bāzi, or the practice of reading a person’s character and future from the Four Pillars of your Zodiac year, month, day, and hour, dive into Aaron Hwang’s The Chinese Zodiac: And Other Paths to Luck, Riches & Prosperity. Plus, celebrate your love of all the Chinese Zodiac animals year-round with the adorable The Chinese Zodiac Wooden Magnet Set and The Chinese Zodiac 500-Piece Puzzle. 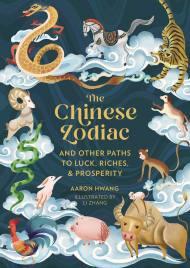 The Chinese Zodiac is a beautifully illustrated introduction to eastern astrology, perfect for discovering what your sign—Rat, Ox, Tiger, Rabbit, Dragon, Snake, Horse, Goat, Monkey, Rooster, Dog, or Pig—says about you.

Are you loyal like the Dog? Or stubborn like the Ox? What does the time you were born have to do with who you are? And does it determine your fate?

The Chinese Zodiac doesn't have all the answers but offers a fun and fresh perspective on the magic behind when you were born. Known as the Bazi, or Eight Words, the four animals and Wuxing elements associated with one's birth make up a complete horoscope and can help you to better understand yourself and others. Someone born in the year of the Pig, for example, comes last in the cycle and embodies qualities of release, completion, and return, indulging in the rich after-hours of life that favor food, love, and good company. A Rat, on the other hand, comes first; they're ambitious and eager to begin new projects but might have trouble seeing them through.

No matter your sign, there is something to be uncovered in these pages. Charmingly illustrated, with sidebars on Chinese culture and myth throughout, this book is an informative and mystical guide to knowing just a little more about the universe—and how you fit into it.

Explore the Chinese zodiac with this fully illustrated 500-piece puzzle and book set, featuring beautiful illustrations of the 12 animal horoscopes.

Bring good fortune to your home or office with this keepsake set that includes 12 Chinese zodiac wooden magnets and a mini guidebook. 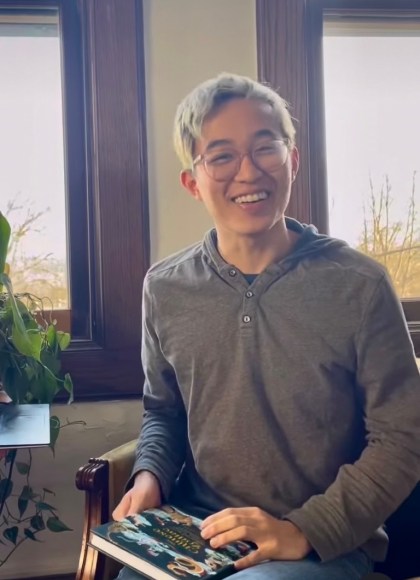 Aaron Hwang is a graduate of Yale and the Iowa Writers' Workshop. He teaches creative writing at the University of Iowa.